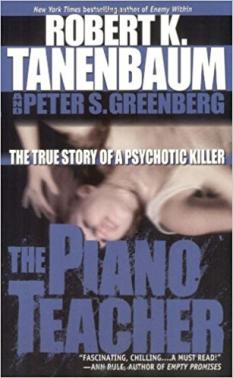 The True Story of a Psychotic Killer
x x
Buy from:

Everybody has a dream. For aspiring actress Suzanne Reynolds, her dream ended in a gruesome encounter with eccentric New York artist Charles Yukl. Fooled by his choirboy looks, Reynolds had no idea the man who taught her the piano was a woman-hating recluse who spent his days lost in fantasies of perversion. As a result of the plea bargain for Suzanne?s brutal murder, Yukl soon gained his freedom due to a shocking series of legal errors -- and killed again.

A riveting dramatization of two horrific crimes and their aftermath, The Piano Teacher brilliantly portrays a madman set on fulfilling his own sadistic and homicidal dreams...and the flawed justice system that gave him the opportunities to do so.