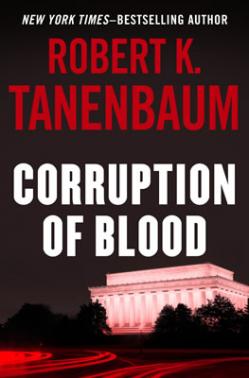 A prosecutor goes after the truth about JFK’s assassination in a New York Times–bestselling author’s “most enthralling legal thriller to date” (Vincent Bugliosi).

In a forgotten corner of the Georgetown library, New York prosecutor Butch Karp is about to commit a felony. He cracks the seal on a government file, in which he finds papers, a ledger, a reel of film, and a small jar that holds a chunk of human flesh. Just by looking at this material, he has broken the law. It’s the evidence he needs to prove the true identity of the man who killed Kennedy, and now that he has it, Karp is the most dangerous man in America.

Brought to Washington to assist in the Congressional investigation into Kennedy’s death, Karp was expected to toe the line. As his personal inquiries lead him into a web that stretches from the capos of the mafia to the halls of the Kremlin, this hard-driving attorney realizes the conspiracy that killed Kennedy is still alive—and out for blood.

As deputy chief counsel to the 1976 House Select Committee on Assassinations, Robert K. Tanenbaum has an insider’s understanding of one of the darkest days in American history. Corruption of Blood is a novel inspired by real events by an author who “knows his criminal procedure cold” (Publishers Weekly).

“With Corruption of Blood, Tanenbaum is now the one to beat” —Publishers Weekly